Our first home together 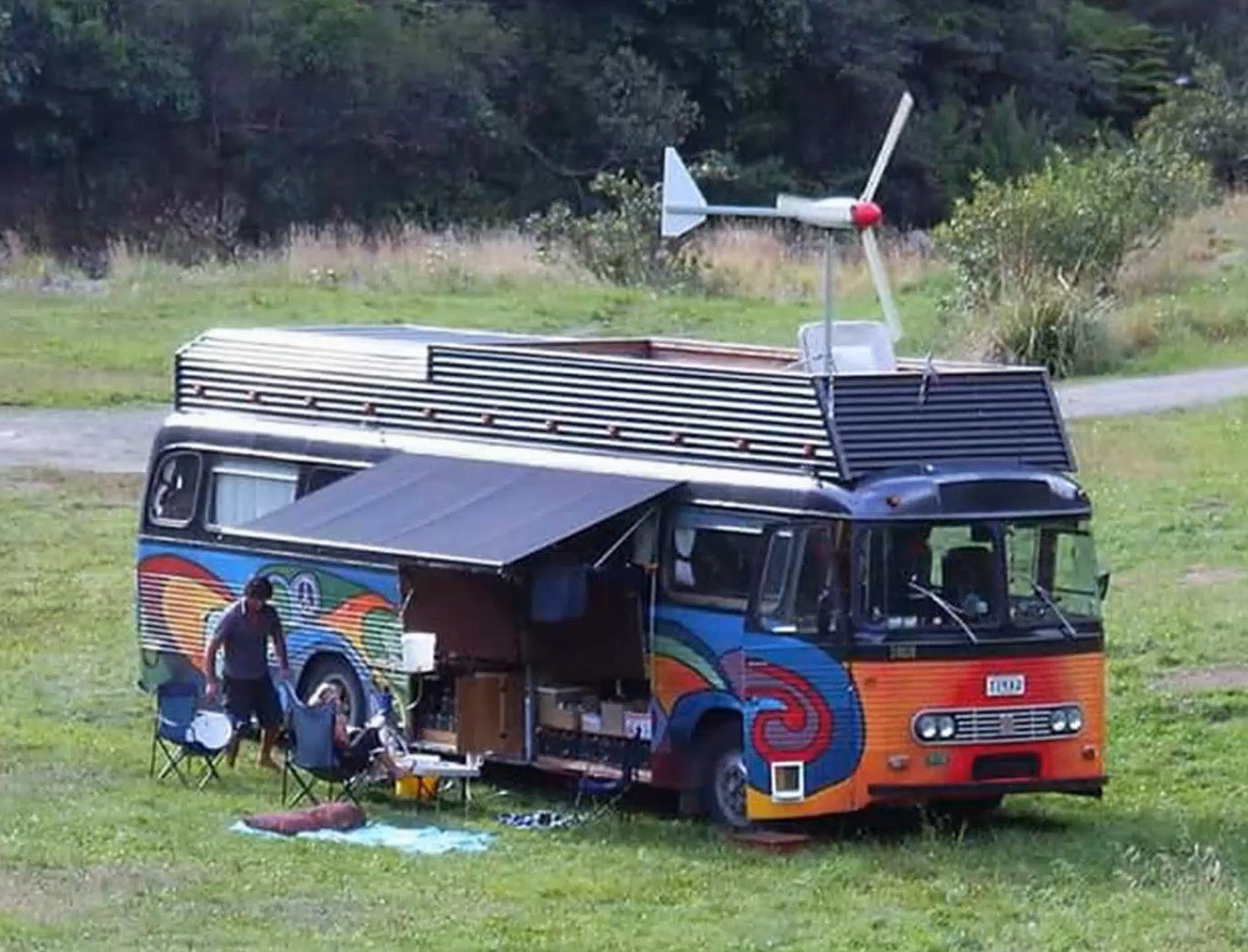 In the summer of 2007 Craig and I decided to rent a house together. Little did we know that over the next three weeks we would buy a Bedford bus and start an amazing adventure together. On a hot New Zealand summer night Craig and I were having a few bottles of red and a few giggles about the past few weeks. We started talking about freedom from the system life, about creating a more affordable way to live and enjoy what New Zealand has to offer. We both had never been to the South Island and had heard it was like a different country because of its rough and most stunning landscape. We started to immediately look on "Trade Me" (New Zealand site similar to eBay) for a bus!! We almost straight away found this white 11mtr beautiful Bedford omni bus, Craig and I fell in love with her right away!! Our conversation started to get loud with excitement and we knew she had to be ours!! We won the auction!! Off we went that weekend to pick her up in Whakatane, south of Tauranga. I drove our vehicle back and Craig drove the bus, he had the hugest smile on his face as he pulled up to Mount Manganui storage!! The first week the bus was in storage we were busy, that weekend coming was St Patrick’s Day and a long weekend. We proceeded to load up the bus with an air bed, chilli bin, deck chairs and cooker. Heading North to Orewa and Goat Island. One of the nights we parked in a carpark and went into town for a few to many brews for St Patrick’s Day, later that night we casually walked back to the bus, by this time there where lots of people out and about celebrating. Still parked in the carpark we got back to the bus and went to bed, as we were lying there laughing about the night and excited to be in the bus. We heard noises outside, voices chatting and laughing. Then a bang on the bus... we both looked over from bed and there was a face pressed up against the window looking in! They had stood on their car to see what was inside the bus… and there we were lying in bed waving and smiling. As I was waving, I said to Craig “think its time for some curtains”. When we returned from our time away, we proceeded to build our new home in the bus and hand in our notice for our rental house. We had three weeks to build and move in!! We started with the bed frame, toilet and shower walls, kitchen bench it was very basic to begin with.