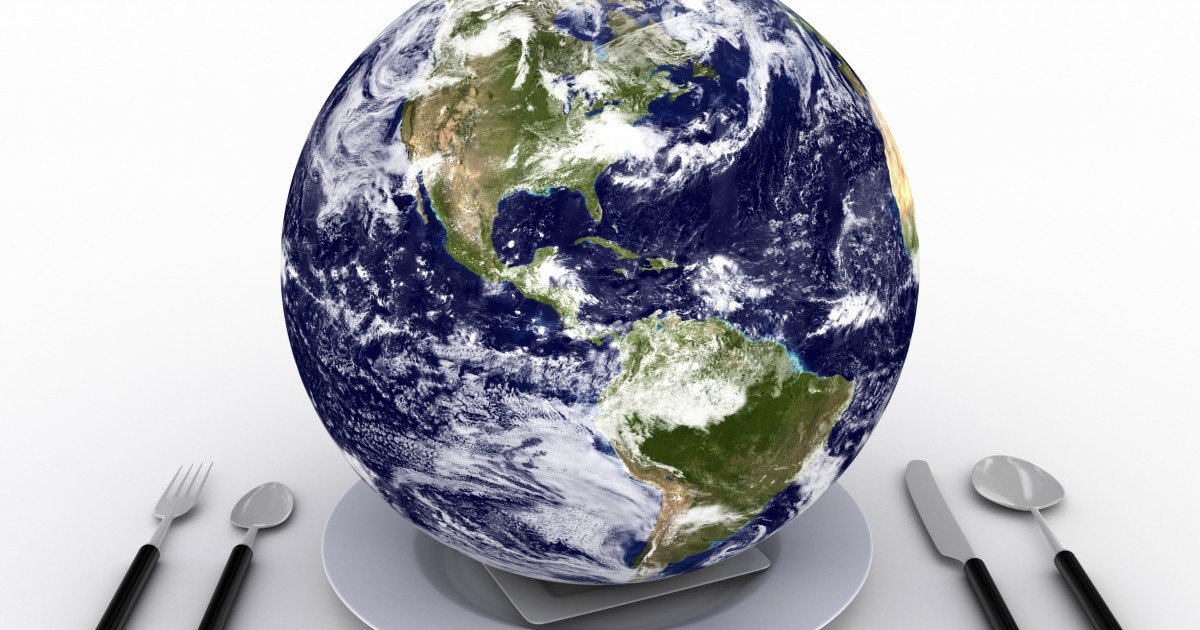 It takes tons of crops and water to raise farmed animals. In fact, it takes up to 13 pounds of grain to produce just 1 pound of animal flesh! All that plant food could be used much more efficiently if people just ate it directly. The more people who go vegan, the better able we’ll be to feed the hungry. The Food and Agriculture Organization of the United Nations (FAO) also cited animal agriculture as the largest single sector source of water pollution, robbing the world’s population of clean water. Additionally, animal agriculture usurps almost 10 percent of the entire world’s water supply. By going vegan and therefore not supporting factory farming, you can actively help to redirect those grains and support a clean water system for humans everywhere. There’s some food for thought.

In 2006, the FAO said that animal agriculture generates more greenhouse-gas emissions than all the planes, trains, boats, and automobiles in the world combined! That’s bad news for, well, pretty much everybody who likes living on Earth. And it’s especially bad news for the billions of humans living near the world’s coastlines who, the Center for Climate Systems Research says, are at an even greater risk of rising sea levels because of increased greenhouse-gas emissions.

Meat is not environmentally friendly. Consuming it is actually one of the worst things that you can do for the Earth. Meat production is wasteful and causes enormous amounts of pollution, and the industry is also one of the biggest causes of climate change. Adopting a vegan diet is more effective than switching to a “greener” car in the fight against climate change.

Pollution Animals raised for food in the U.S. produce many times more excrement than does the entire human population of the country. According to the U.S. Environmental Protection Agency (EPA), animals on U.S. factory farms produce about 500 million tons of manure each year. With no animal sewage processing plants, it is most often stored in waste “lagoons” (which can be seen in aerial views of factory farms) or it gets sprayed over fields.

Runoff from factory farms and livestock grazing is one of the leading causes of pollution in our rivers and lakes. The EPA notes that bacteria and viruses can be carried by the runoff and that groundwater can be contaminated.

Factory farms frequently dodge water pollution limits by spraying liquid manure into the air, creating mists that are carried away by the wind. People who live nearby are forced to inhale the toxins and pathogens from the sprayed manure. A report by the California State Senate noted, “Studies have shown that [animal waste] lagoons emit toxic airborne chemicals that can cause inflammatory, immune, irritation and neurochemical problems in humans.”

Land Use Using land to grow crops for animals is vastly inefficient. It takes almost 20 times less land to feed someone on a plant-based (vegan) diet than it does to feed a meat-eater since the crops are consumed directly instead of being used to feed animals. According to the U.N. Convention to Combat Desertification, it takes up to 10 pounds of grain to produce just 1 pound of meat, and in the United States alone, 56 million acres of land are used to grow feed for animals, while only 4 million acres are producing plants for humans to eat.

More than 90 percent of all Amazon rainforest land cleared since 1970 is used for grazing livestock. In addition, one of the main crops grown in the rainforest is soybeans used for animal feed. (The soybeans used in most veggie burger, tofu, and soy milk products sold in the United States are grown right here in the U.S.)

Oceans While factory farms are ruining our land, commercial fishing methods such as bottom trawling and long-lining often clear the ocean floor of all life and destroy coral reefs. They also kill thousands of dolphins, sea turtles, sharks, and other “bycatch” animals. Coastal fish farms release feces, antibiotics, parasites, and non-native fish into sensitive marine ecosystems. In addition, since most farmed fish are carnivorous, they are fed massive quantities of wild-caught fish. For example, it takes up to 3 pounds of fish meal to produce every pound of farmed salmon.

There is lots of information out there! The more you educate your self the more you will help save the one planet we all call home. Great place to start is some documentaries, you can watch either on YouTube or Netflix is "Cowspiracy" "Earthlings" "Forks Over Knives" "The china study" "what the health" Once you find them you will find more... Truth.

Every person needs to be the change... and it starts with YOU! Make the change!

*link to information above here